Mexico’s curse and the World Cup 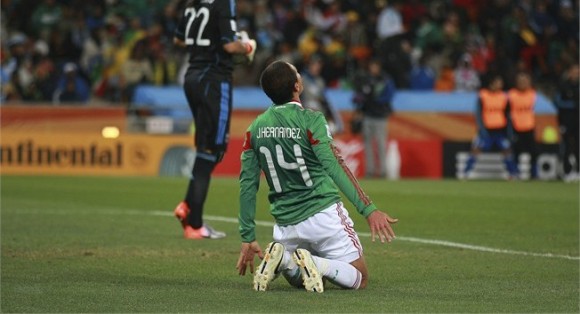 I've been following Mexico in the World Cup since Korea Japan in 2002.  That's about the time that I really found an interest in international Futbol.  This is the third time that Mexico lost in the Round of 16, with two of those losses to a superior team, Argentina.

FIFA.com has a good post on Mexico's curse with interviews and insights.  Some good points are made by the Captains: the team played well with many of the players being a very young age.  Still, there were obvious mistakes that the team displays, in my opinion.  And, yes, they could have used a larger helping of luck.

They seemed psyched up about Brazil 2014 and I, of course, will still be a fan - I just hope they make it into the quarter finals next time.

As for Africa 2010, I'm still a Brazil fan. Having spent some time in Germany, I feel a connection there as well.  Both are very good teams and I'll follow them to the final match.